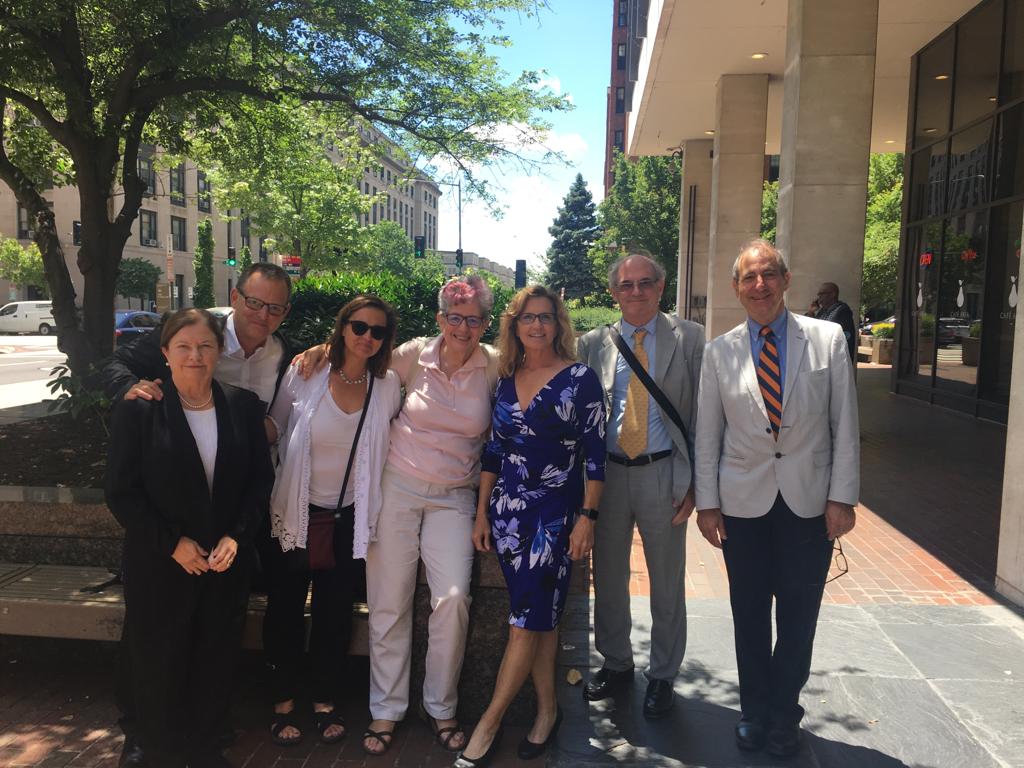 AARO and the Federation of American Women's Clubs Overseas (FAWCO), once again joined forces in their crowning advocacy event of the year, Overseas Advocacy Week (OAW) in Washington DC from June 9th-June 14th, 2019. The seven AARO/FAWCO delegates at this year’s OAW were particularly busy participating in a record 80+ meetings with congressional staffs, governmental agencies including the Taxpayer Advocate’s and Assistance offices for the IRS, the Overseas Citizens Services of the State Department, the General Accountability Office (GAO), the US Election Assistance Commission, the American Banking Association and the head of the National US-Arab Chamber of Commerce long associated with AARO, who provided wise advice on the ways and wherefores of Washington.

The participants were unanimous in their conclusion that, while dense, the week was a success. The record number of meetings improved the quality of our advocacy efforts by permitting us in meetings to either relate the results of previous meetings with congressional or administrative colleagues or our plans to meet later in our schedule with one. This is an important recipe for demonstrating our seriousness and credibility to congressional offices (and administrative agencies) and applying subtle pressure that our concerns need to be addressed as others are listening and a few others are willing to champion them.

Everyone we met was handed the AARO/FAWCO updated and expanded joint position papers on a host of issues of concern to Americans including taxation, financial reporting (FATCA), access to banking, citizenship, voting, social security and health care, consular services and violence against women. The upcoming introduction of Representative George Holding’s bill offering an opportunity for Americans abroad to transition to the universal practice of residency-based taxation, increasing denials of access to banking and investment both in the US and abroad for Americans resident overseas due to the complexity of FATCA compliance naturally led the delegates as those with whom it met to mostly focus on these pressing concerns of their members, and Americans abroad in general.

We met with as many members of the House Ways and Means committee as possible, particularly focusing on Democrats, whom we urged to co-sponsor or support Rep. Holding’s (a Republican) bill, and House and Senate Finance committee members from both parties. We also especially sought out to meet with congressional members of both parties who thanks to personal experience (lived abroad, former ambassador, married to a foreigner, service in the military abroad) were able to emphasize with concerns of Americans abroad and hopefully champion them on a bi-partisan basis. We were delighted to discover that in addition to those members we knew from past OAWs fit into this category others, notably Reps. Dina Titus (D-NV)and Don Beyer (D-VA)whose deep understanding of our issues give us hope that they may champion causes such as residency-based taxation.

While their great number in a single week naturally required us to split up our delegation for most of our meetings the fact that we all were present for our first two meetings in Congress, in the offices of Representative Holding of North Carolina and the Chair of the Americans Abroad Caucus, Carolyn Maloney of New York illustrate the importance we attach to these two champions for Americans abroad. Building on previous contacts (see London meeting summary below and correspondence) we were able to opening discuss the present environment in Congress for the Holding bill, including challenges and opportunities and after some subtle and a bit less subtle pressure obtain from Rep. Maloney’s office a commitment to reintroduce legislation aimed at carving out a ‘same (home) country’ exception to FATCA and the Americans Abroad Commission bill which is the subject of a soon to be released press communique from the Congresswoman’s office.

Largely due to the state of origin of the delegation our “coverage” of congressional offices disproportionally favored Illinois and Pennsylvania (both senators for both states),California and Texas, as well as North Carolina due not to the presence of locals in the delegation but the coincidence of support for Americans abroad amongst several congressional offices in that state. This has its advantages as one is always better received and can pass messages easier when in one’s “home” state offices and our ability to “hook” staffers on the importance of our issues increases as they learn that we had met with almost all of state colleagues.

We found listeners interested in helping to solve our issues (and in particular those of access and complexity) In our meetings with the Taxpayer Advocate and Assistance Offices affiliated with the State Department, the GAO and the private American Bankers Association and useful advice from the US Election Assistance Commissioner with whom we had the pleasure of meeting as in previous years.

Success in our advocacy requires continual contact, personal when possible as during OAW and visits by individuals throughout the year to Congressional offices, and correspondence in multiple form be it by letter, email, social media or our own publication. It also requires consistency in message which we are confident has been secured through the hard work of revision of our position papers with the contribution and approval of AARO and FAWCO’s board and advisory committee members. Success at OAW also requires a dedicated team and we were fortunate that this year’s delegation was not only willing to be so dedicated but consisted of a particularly complementary and diverse group of “veterans” consisting of Ellen Lebelle, Paul Atkinson, Kathleen Mistry, Johanna Dishongh (FAWCO’s US Liaison officer) and myself (AARO VP Advocacy) and “newcomers” (to OAW but certainly not Congress and administrative agencies) Monte Silver “the GILTI Guru” and Laura Snyder, who is the sole international member of the Taxpayer Advocate.

While OAW is and will remain the unifying focal point for our advocacy efforts success requires a yearlong effort. OAW this year benefitted from contacts made or reinforced with the key persons in the residency-based transition field - Solomon Yue, who has appeared in these pages and Rep. Holding at the May London meeting hosted by Republicans Overseas (offered in an non-partisan context) and knowledge acquired at the International Conference on Taxpayers Rights held a few weeks later from May 23-24th in Minneapolis which featured debates led by the dynamic founder and only director of Taxpayer Advocate Service, Nina Olson, who retired from this position at the end of June. Most importantly for OAW was the happenstance that Johanna Dishongh, our FAWCO colleague from Texas with decades of experience living abroad in several different countries was also present which permitted us to get to know each other which proved critical in securing agreement on our revised position papers. 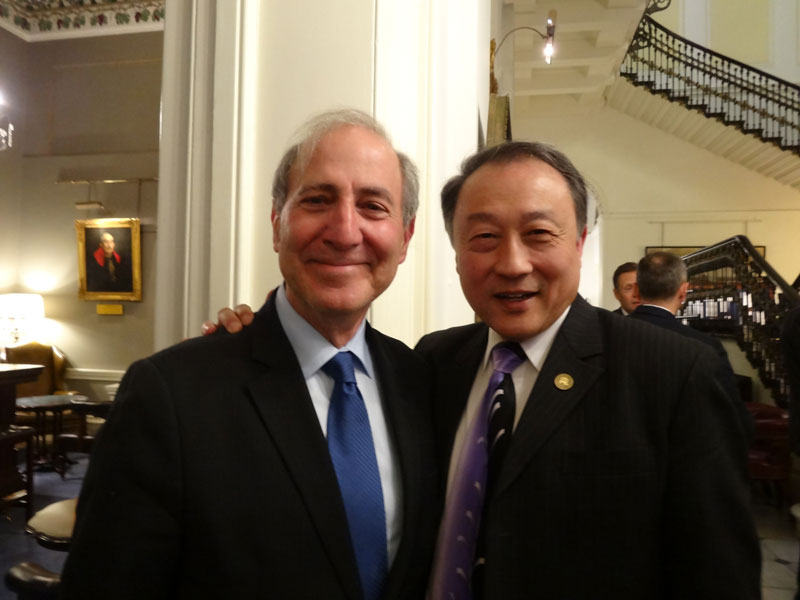 Our president, Neil Kearney, who was unable to attend OAW this year has ensured that advances made at OAW be consolidated by meeting this week in his home state of California with his representative, Nancy Pelosi, Speaker of the House.