A long-awaited bill that would end the 144-year-old U.S. system of citizenship-based taxation has been introduced to Congress. H.R. 7358, The Tax Fairness for Americans Abroad Act of 2018, would replace the current U.S. tax regime with a territorial or residence-based tax system for individuals.

In September, Solomon Yue of Republican Overseas was on the road telling Americans abroad that a bill for territorial taxation for individuals would be introduced to Congress before the end of the year. 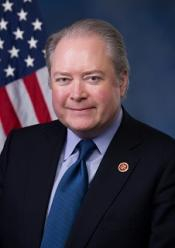 A copy of the bill can be downloaded here.

Democrats Abroad calls the bill, "a milestone for those who advocate a switch from the current U.S. system of Citizenship Based Taxation to the globally-accepted norm of Residency Based Taxation (RBT)."

"AARO has been working for years with other organizations for relief for Americans abroad from the U.S. citizenship-based taxation regime. A move to a residence or territorial-based taxation system will be a large part of our advocacy work in 2019. We are heartened by the introduction of Representative Holding's bill and will study it carefully in the days to come. It is our hope that this bill will not only raise awareness of the harm citizenship-based taxation has caused Americans abroad, but that it will be a catalyst for bi-partisan territorial/residence-based taxation legislation in the next Congress via collective action by AARO and other organizations."

This article is contributed by Victoria Ferauge